Beneva Flowers was founded in April of 1986 as a family-owned and operated florist serving the Sarasota area. With passion, drive, determination, and an extraordinary work ethic behind the flower shop, Beneva Flowers made waves in the industry, even remaining open on Sundays when most local shops were closed. The business became a staple in the community with its commitment to providing flowers for all occasions and meeting customers' needs as demands, style, and taste change.

After passing through the same family hands and building a reputation that set the bar for excellent customer service and high-quality blooms at the best value, Beneva Flowers sold. Today, Beneva Flowers is owned and operated by David Shuel, who embraces the same core values as the family who started the flower shop's legacy. With its preceding reputation, David has not only preserved it but expanded the shop to include a plantscape division, gift shop, and diverse team of designers and retail professionals.

Over the decades, Sarasota has shown its love for Beneva Flowers through articles in Sarasota Magazine, SRQ, and The Herald-Tribune, and naming the flower shop Sarasota's Best Florist since 1998. In addition, Beneva Flowers is recognized as one of the top florists in the country. It's no secret that Beneva Flowers will always have the perfect floral arrangement to commemorate any celebration, special occasion, or "just because." 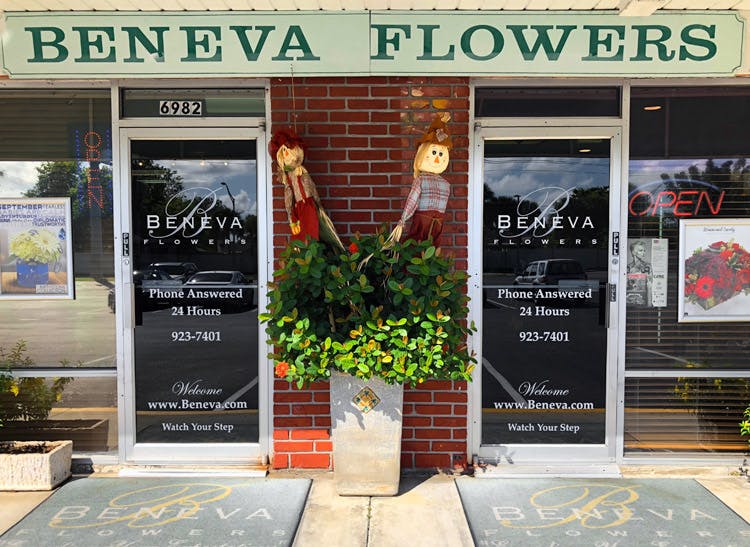 The view from outside Beneva's twin glass doors 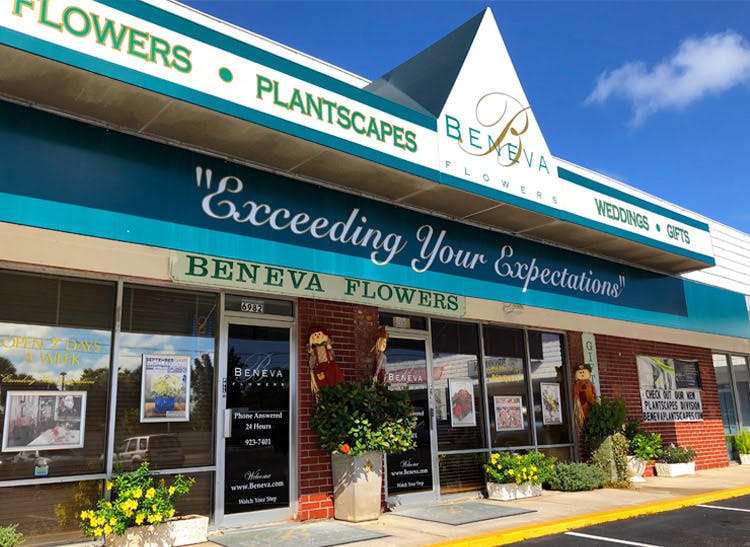